08 May 2013 I made a google spreadsheet which pulls data from two other workbooks using "importRange" and QUERY function. You can use either one if you just want to pull a few columns from another spreadsheet. QUERY provides more flexibility by allowing you to use a SQL statement. Here is an example of a query which pulls 2 columns from another workbook and filters out the blank rows in column 41:

One of the biggest pains during the entire process was google spreadsheet's vlookup. I learned the vlookup function only searches for a value in the first column in the Array. It's also helpful if you format the results of your vlookup as "Plain Text" under the numbers format drop-down. Of course, something formatted as a number won't match something formatted as plain text.
You could use this technique if you have a list of customer id's with names, and a separate spreadsheet with more customer information. With this, you could combine that information.

07 May 2013 http://niggler.github.io/js-xlsx/
That's an impressive project that allows parsing excel files in the browser.

Green Mountain Energy has the worst B2B portal I’ve seen in my life. The worst parts:

Update: They sent a letter saying they made a new business portal site. www.businessportal.greenmountain.com My first visit gives me an “Our site is currently down as we upgrade our systems.” error message.

if variable is none:
<your code>

Why? "And the reason for choosing egg is None over egg == None: The latter can be overloaded, and is likely to break when comparing valid object with None (depends on how it's implemented, but you don't expect everyone to take comparisions with None into account, do you?), while is always works the same."

Something I Need To Drill Into My Brain - Python

24 Apr 2013 The operation of the slicing operator:

Prezi Video With No Audio

I converted a wmv video to a few different formats (mp4 and flv) and still couldn’t get the audio to play in Prezi. However, videos with the following codec settings will work: 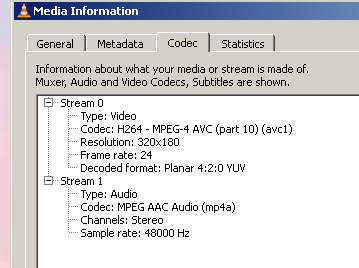 Solution: Open your video with Handbrake and convert it to H264 with AAC as the selected audio codec and it will play just fine.

Easiest To Set Up FTP Server

"I'm going to recommend PureFTPD because it's been the simplest and easiest to use in my opinion. You'll need to install it first: sudo apt-get install pure-ftpd once it's installed it'll start itself up."